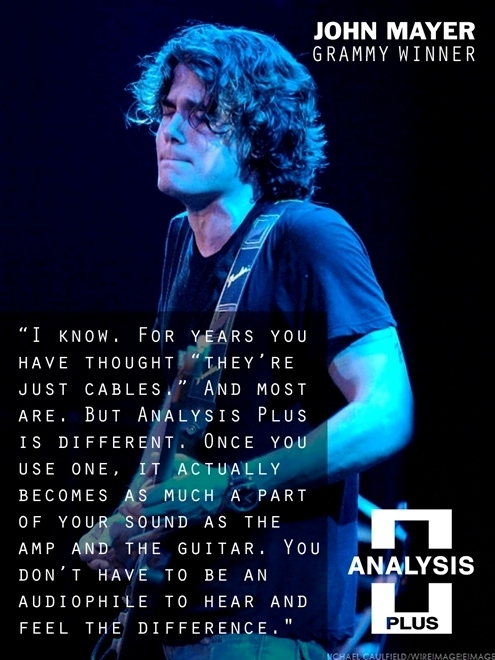 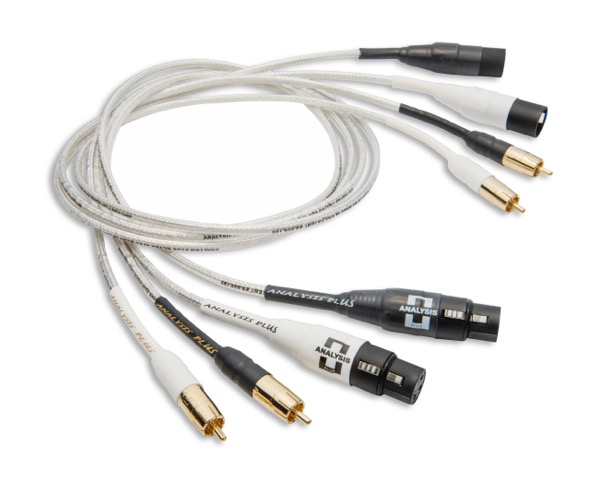 I’ve been using Analysis Plus speaker cables and interconnects in my reference system for many years now, but was a bit shocked when I realized that it had been more than ten years since I’d last reviewed and bought anything from them. In 2007, when I reviewed the newly introduced Black Oval 9 speaker cables and Micro Copper Oval-In interconnects, I noted that Analysis Plus had not substantially revised the designs of any of their cables in the roughly ten years since they’d been introduced. Now, another eleven years later, the bulk of their cable designs remain essentially unchanged. But as I also said in 2007, Analysis Plus has stated that they believe in producing well-built, properly engineered cables whose high quality is “scientifically verifiable” through measurements. 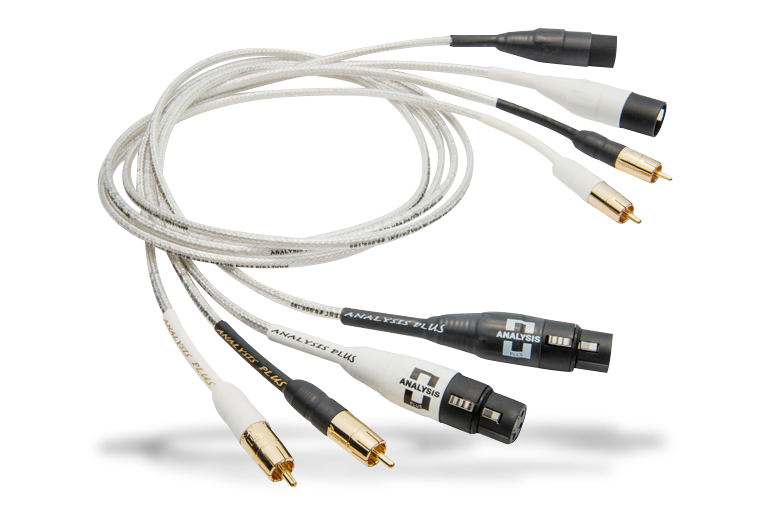 Each Silver Apex comprises three nested tubes that Markel describes as “a hollow oval inside a hollow oval inside a hollow oval.” Other Analysis Plus cables have hollow oval conductors laid side by side or stacked atop each other, and Markel says that the complexity of this new geometry makes their manufacture a challenge. The Silver Apexes cost more than Analysis’s other Silver models, the Silver Oval and Big Silver Oval (the latter available only as a speaker cable): the Silver Apex speaker cables cost \$1750 USD per 4’ pair terminated with Analysis Plus T1 spades or BFA banana plugs; the Silver Apex interconnect starts at \$766/0.5m pair. On the speaker cables, WBT 0681 spades or 0601 locking banana plugs can be substituted for an additional \$400. The interconnect price includes termination with nonlocking RCA or Abbatron XLR connectors. The Neutrik XLRs that AP previously used are heavier and seem more solid, but the Abbatrons have beryllium-copper sockets and trillium copper pins that are claimed to have very high conductivity.

The conductors are made of silver-over-copper wire -- the same as are used in AP’s other Silver-model cables -- and are woven into a tube with oval cross section. The innermost spacer maintaining this shape is made of Mylar; between each pair of nested conductors, dielectrics of Teflon (interconnect) and polyurethane (speaker cable) are used to achieve the desired impedance. AP claims that this geometry provides more uniform current distribution than do conventional conductors with solid round or even solid rectangular cross sections. 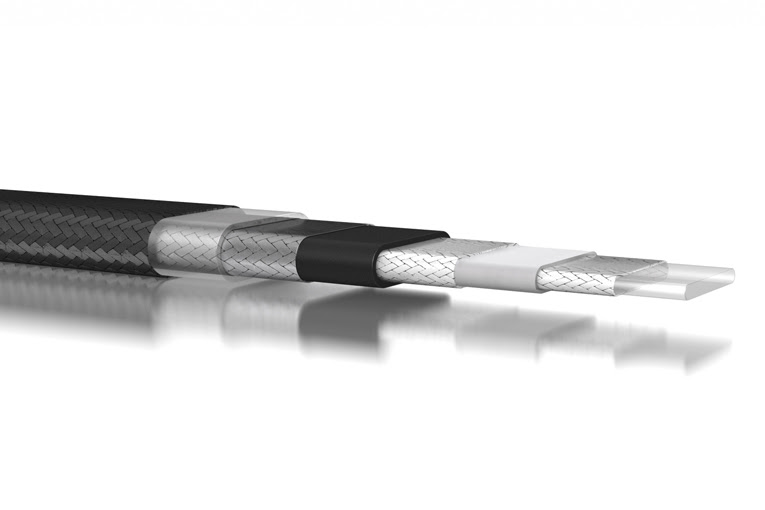 Analysis Plus designs all of its cables using computer simulations, measurements, and listening tests. You can read about their claims for their products in the white papers and other documents posted on their website. I can’t comment on those claims -- my understanding of electrical engineering and physics is limited -- but AP has posted oscilloscope waveforms of signals that have passed through cables made by AP and some of their competitors, the latter showing considerably more alteration to the waveforms.

Analysis Plus makes its products by hand in their facility in Flushing, Michigan. The Silver Apexes seemed sturdy and well constructed, but they aren’t what I’d call attractive. The finishing of the shrink-wrap and the look and feel of the outer jackets weren’t as luxurious as those of the premium cables from such companies as Crystal Cable, Siltech, or Nordost, but those cables cost considerably more. However, for cables costing \$766 and \$1750/pair, I would like to have seen a bit more attention paid to appearance. That said, the Silver Apexes were flexible, very functional, and easy to use, with a solid feel.

I used the Analysis Plus Silver Apex interconnects and speaker cables mostly with my reference components: an Anthem D2 A/V processor and Anthem M1 mono amplifiers. I also used an Oppo UDP-205 4K Ultra HD universal BD player as a DAC and preamp with a NuPrime Audio MCH-K38 power amplifier. Both electronics rigs were connected to my reference MartinLogan Masterpiece Classic ESL 9 speakers. An AudioQuest Carbon USB link connected the Oppo to my laptop, which ran Roon and foobar2000 for music playback. Connection to the Anthem D2 was via an Analysis Plus Digital Oval cable and Bel Canto Design mLink USB converter. Power cords and power conditioning were provided by Blue Circle Audio, ESP, and ZeroSurge products.

The Silver Apex interconnects with Abbatron XLRs and Silver Apex speaker cables with WBT 0601 banana plugs replaced my longtime reference Solo Crystal Oval balanced interconnects (\$451/0.5m pair) and Black Oval 9 speaker cables (\$465/4’ pair). I let the new cables burn in for a couple of weeks with occasional casual listening before doing any critical evaluation. The sound of the new Silver Apexes was bracing and powerful right from the start, while remaining relaxed and highly refined. There were noticeable improvements in nearly every aspect of my system’s performance.

In A-ha’s MTV Unplugged: Summer Solstice (BD, 24-bit/96kHz Stereo LPCM, Universal), lead singer Morten Harket’s falsetto in “Take On Me” isn’t as pronounced as it had been 32 years earlier, in the version of this song on the band’s first album, Hunting High and Low (1985) -- but the intimate acoustic arrangement and Harket’s mature, measured singing are still dazzling in their purity in this performance, recorded in concert in 2017 at a small club in Giske, Norway. The gently plucked guitar appears almost entirely at the right side of the soundstage, but every note sounded crystal clear. The piano sound is slightly more dispersed but sounded very natural, and gave me an uncanny sense of the hall’s dimensions as its sounds wove in around the other instruments and provided a neutral backing to frame the sometimes soaring vocals. Harket’s singing may not be as lithe as it once was, but his affecting delivery of the words, with just a slight sorrowful quaver in his voice, hung delicately in the space between my speakers and stayed with me long after the song was over. If you haven’t heard this amazingly good acoustic version of this guilty pleasure from the 1980s, seek it out. The 16-bit/44.1kHz audio-only version sounds almost as good as the high-resolution audio track on the BD. 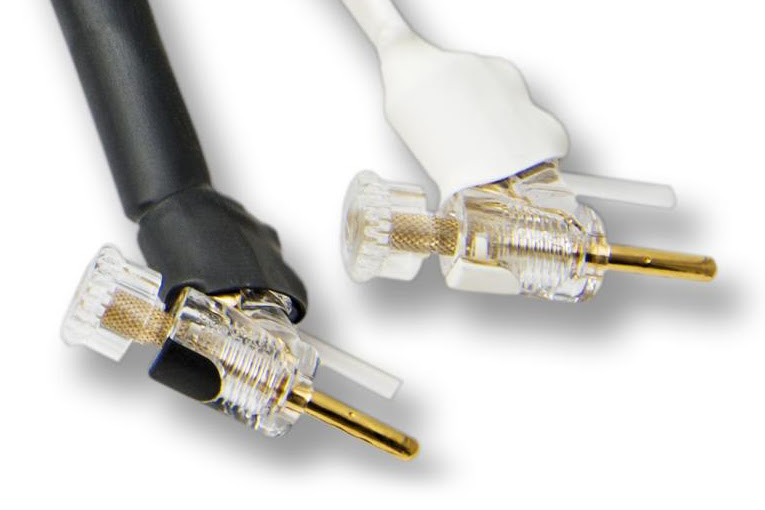 The Silver Apexes did a spectacular job of reproducing every minute detail in this stripped-down version of “Take On Me,” but they were equally impressive with the more complex arrangement of “The Sun Always Shines on TV.” The sparkling sound of Magne Furuholmen’s piano in his introduction was spread widely across the stage, with long sustains that segued perfectly into the smooth, robust singing of guest Ingrid Helene Håvik. It was a perfect balance of male and female voices at the forefront, surrounded by guitars, piano, and strings, each precisely delineated yet flawlessly integrated into the whole by the AP cables.

The title track of Neko Case’s Hell-On (24/48 FLAC, Anti-/Tidal), another and the latest praiseworthy album from this Grammy nominee, is an audiophile showcase that opens with lively percussion bouncing back and forth across the soundstage. There was a striking clarity to the sounds of the bells, and the proximate quality of the voices, recorded with little sense of space. The sound immediately involved me. “Halls of Sarah” has a more reverberant sound, with a gently strummed guitar exuding a warm, welcoming quality. The vocals here were just as present as in “Hell-On,” but now with a sultry, breathy quality that put me in a total state of bliss as I let the music wash over me, marveling at the coherence and liquidity of the sound.

With the new AP cables, I was able to better enjoy such intricacies of Hell-On (2018), and easily differentiate it from the more constrained sound of Case’s Fox Confessor Brings the Flood, from 2006 (16/44.1 FLAC, Anti-/Epitaph), in which instruments are more closely grouped toward the center of the soundstage, and the vocals sound flatter and more like cutouts. But even with Fox Confessor, the Silver Apexes’ immaculately clean sound clearly separated voices from instruments, which in turn were quite distinct from one another. The ultraquiet, transparent sound of the Silver Apex cables let me hear nuances in both of these recordings. 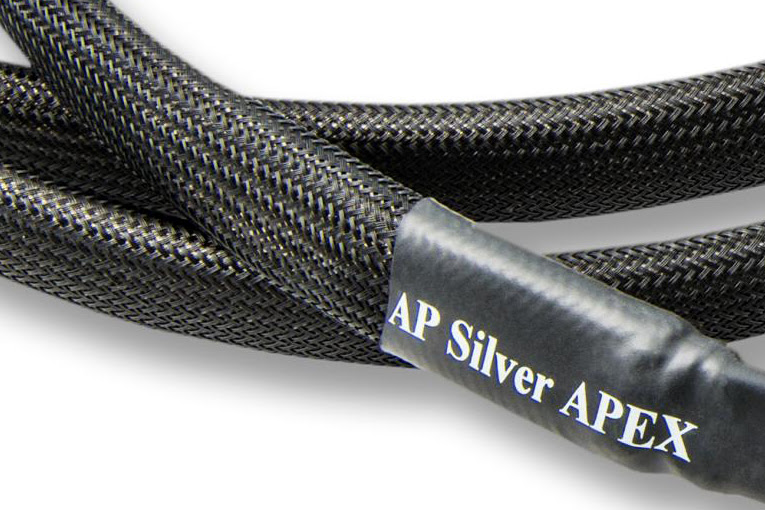 No one will ever accuse my reference MartinLogan Masterpiece Classic ESL 9s of being gentle or forgiving speakers: Their incisive sound is extremely revealing of other components in the signal chain. With the Silver Apex cables, the pizzicato of the Balkan cello duo 2Cellos (Luka Šulić and Stjepan Hauser) at the beginning of Mark Vincent’s cover of Magnetic Fields’ “The Book of Love,” from Vincent’s The Quartet Sessions (16/44.1 FLAC, Sony/Tidal), filled the front of my room with the simple but beautiful melody. Each pluck was distinguished from the sound of the cellist’s fingers moving over the strings, the rustling of the player’s clothes, and the instrument’s clean, well-defined harmonics. Vincent’s warm tenor voice was placed palpably at the front of the soundstage, supersmooth and intoxicating. When he reached the height of the final crescendo, it was amazingly loud and invigorating, with no hint of harshness. The incredible power of which the human voice is capable was clearly evident, but the sound remained clear, without deterioration, as Vincent held his notes with authority.

When I replaced the Silver Apexes with the Solo Crystal Oval interconnects and Black Oval 9 speaker cables, 2Cellos’ playing and Vincent’s singing still sounded excellent, but lost some of the absolute effortlessness they’d had through the more expensive AP wires. The complex harmonics of the bowed cellos now sounded a bit homogenized, and the climax of Vincent’s crescendo was slightly forced and not as smooth. The same was true of Diana Krall’s cover of Joni Mitchell’s “A Case of You,” from Krall’s Live in Paris(16/44.1 FLAC, Universal) -- the image size and the sense of space around the piano shrank slightly through the Ovals. And when Krall hit her vocal peaks, they weren’t as clearly articulated as they’d been through the Silver Apexes -- notes now blended slightly into each other.

Replacing just one of the cables, interconnect or speaker cable, had a similar effect to what I heard when I swapped out both, but to a lesser degree. There was a slight lessening of the sense of space around instruments with high-quality acoustic recordings. The differences were more pronounced at very high levels: the combination of Silver Apex interconnects and speaker cables always did a better job of sorting out the various elements in recordings, with no loss of clarity.

When I learned the prices of the Analysis Plus Silver Apex cables -- considerably more than my reference Solo Crystal Oval interconnects and Black Oval 9 reference cables, also from AP -- I was skeptical. I doubted I’d hear enough improvement in the sound to justify my buying them, considering that I was already quite happy with the performance of my references -- and I didn’t know if I’d hear any improvement at all.

Value is subjective, but I can say that the Silver Apexes worked worthwhile improvements in the sound of my system. The overall greater feeling of ease and incredible refinement of sound with the Silver Apexes let music flow freely from my system, regardless of what I played. Whether it was their ability to extract every last detail at low listening levels, or to keep things totally clean and poised at very high levels, my system has never sounded better.

Some may find it difficult to justify the prices of these cables. While they are indeed premium prices for cables, there’s no doubt in my mind that these are cables of premium sound quality. You could spend even more on cables from some other manufacturers, but in my system, Analysis Plus’s Silver Apexes provided absolutely stellar sound.